The Pressure of the Holiday 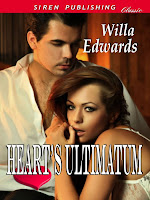 Next week is Valentine’s Day. A holiday that’s vitally important to all romance authors, whether they write fantasy, paranormal or contemporary. It’s a day that’s supposed to be about love, but often Valentine’s Day is filled with pressure. Pressure to show someone that you love them, pressure to show them just how much you feel for them, or to have someone at all. Even the saying Valentine’s Day conjures images of men running around the malls, scrambling to find chocolates, flowers and diamonds. And yes it’s always men, because women don’t run around malls. We take our time.

As a single person I’m not embarrassed to say that Valentine’s day pressure falls on me too. I pride myself on being independent, and taking care of myself. I like not having to worry about what someone else has to say about the color I picked to paint the living room. I like having control of the remote all the time. I can watch Grey’s Anatomy and any other girly sappy show I want without a single complaint. But even fiercely independent single loving me feels the pressure each valentine’s day, to have someone, to show how much I love those in my life (my two furry babies always get a nice dinner on valentine’s day, and usually a new toy, though they don’t reciprocate very well).

That pressure was the inspiration for my newest release, Heart’s Ultimatum. Though my characters are in a relationship, they both feel the pressure of the holiday. For Krista it’s the pressure to have more, to have commitment in their relationship. James feels pressure as well, to show Krista how much she means to him on this important day.

But what neither of them ever asks is why there has to be some much pressure on this one day of the year? Why do we choose to focus all our energy on this one day, instead of just showing the ones we love that we care for them all year long. That’s one of the best parts about being a romance author. For us Valentine’s Day doesn’t come just once a year. It’s anytime we want it. Any time we pick up a pen and scribble down a first kiss, the pain of a break up or the joy of a reunion.

Thankfully neither of my characters asks either of those questions. If they had, I wouldn’t have much of a story to tell. But you’ll have to read the book to find out how the story unfolds.

And this year I won’t be feeling the same pressure, since I won’t be celebrating Valentine’s Day alone. This year I get to celebrate with a new release with Siren Publishing, pre-order available now at http://www.bookstrand.com/hearts-ultimatum.

Krista Matthews has been in love with James for two years, but he's never mentioned commitment. After she plans him the ultimate naughty Valentine’s Day surprise, and he doesn't say those three magical words, she know it’s time to move on. She may be plushy and curvy, but she still deserves someone who loves her for all she is.

Wounded by the past, James Peterson became principal at a new school to escape his mistakes. What he never anticipated was meeting someone as amazing as Krista. She fits him in every way—except her need for a ring. When she dishes out a Valentine's Day ultimatum, give her more or end their relationship, all those old fears come racing back. Does James have the courage to face his past for the woman he loves? Or will he lose her on principal?

Krista felt sexy, gorgeous, powerful as he stared at her up from his desk chair. His whole body was tight and tense, as if he’d never seen a woman before, too overcome by her existence to breathe in her presence. When he looked at her like that, she didn’t worry or care about the fact that she weighed an extra twenty pounds, mostly on her ass and thighs. All she cared about was him.

“What are you doing, Miss Matthews?”

The leather creaked beneath his grip, her pussy clenching at the noise. His eyes looked fierce and stern as he stared back at her, almost as if he wished he had a whip to punish her for her misdeed. Krista quivered at the idea. Maybe next time. If there was a next time. She couldn’t tell if he was playing along with her game or was truly angry, but in the end, it didn’t matter. Either way, his gaze set her heart thumping and her stomach twisting.

Krista didn’t answer. Instead she donned a wicked smile and stepped closer to him. The tingle between her legs increased with each stride. The sensation of her thighs brushing against each other, her slick pussy lips slipping together as she paced toward him, skyrocketed her need.

She leaned toward him, breathing in the deep masculine scent. James always smelled amazing. Like rich black coffee, leather-bound books and power. Over the two years they’d been together, the aroma had become one of the most powerful aphrodisiacs in her life. One whiff and she was wet and tingly. He tasted even better. His crisp, clean, sinful flavor still danced on her tongue from his passionate kisses. Pure heaven.

“Miss Matthews, you should be more careful with men you don’t know. You have no idea what I’m capable of when provoked.”

Krista’s lips were so close to his they almost touched. Only the space of a flower petal separated their mouths. She emitted a small purring hum from the back of her throat, partially closing her eyes as she whimpered. The sound was soft, but she knew it would drive him wild. Beneath the curtain of her heavily mascara-coated eyelashes, she watched his jaw clench. His chest puffed up with his deep breaths.

Krista smoothed her hands up his torso. Her body leaned into his. Her breasts cushioned against the hard wall of his muscular chest. She watched the Adam’s apple bob in his throat as James swallowed deeply. His muscles turned rigid beneath her touch.

The light glinted off his plain wire rim glasses, dangling a little too low on his nose. His curly hair hung over his forehead in boyish disarray, ready for Krista’s finger to smooth away or twirl her fingers through.

“Show me, principal,” Krista challenged, watching his eyes darken with the sensual dare.

Posted by Willa Edwards at 9:43 PM

I ignore valentine's day myself...as I like to think "Every day is Valentine's Day for me!" this sounds like a great book.

What a great idea for a romance book. Is it just me, or is the pressure of Valentine's Day actually getting worse every year? It seems like this holiday keeps getting more commercialized, distracting people from the main point: it's about love. If not romantic love, then love of family, friends, and (like you mentioned) our furry best friends. There's plenty of love to go around.

I already gave my hubby his Valentine's a snoopy dog holding a heart shaped box of chocolates and a Woodstock doll that when squeezed plays the Peanut's theme music. They're his favorites.

We normally don't do Valentines day on the fourteenth, but do it early. Or after so everything half off. :)

Congrats on the new release!

My husband and I are always broke on Valentine's Day so we don't buy each other anything. I usually cook a nice dinner for us and the kids and then we hang out as a family--LOL, kind of like every night.

Did you see last night's The Middle? That's myself and my hubby. He doesn't buy into all that crap. Neither do I, but still I'd like to be surprised with a little 'treat' for V-day. You know, just to know he took time to think of me and that he wanted to reach out and do something extra nice for me. But in all honesty, he's a doll and does so much for me all year round, so I never expect a V-day surprise. Nor need one. It would still be nice, though.
Note to all husbands: if your wife says she doesn't buy into all that crap, too, she'd still like to be surprised with something. Even if it's something small like one rose. Or her favorite box of choccs. Even offering to cook. Just do SOMETHING. LOL

Check Out Our Sponsored Authors

Need something new to read? NN has you covered. Just click on the covers below for Buy Links Etc. 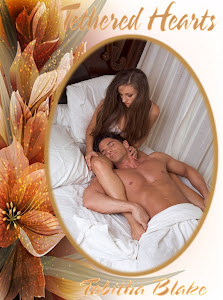 How Important is a Cover to Readers?

Does It Matter If The People On The Cover Match The Characters?

Colors Do They Matter to Readers? 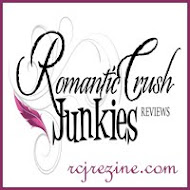 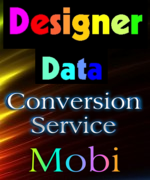 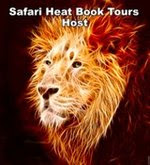 Get NN Delivered Straight to Your Email

In my head I hear voices screaming to be heard. So I write their stories. My characters speak to me and lead me through their joys and sorrows.
Tabitha Blake
Tabitha's bookshelf: read